The B Flat Major Chord

I find the B-flat chord one of the most valuable “next step” chords for beginning guitarists. That’s mostly because once you learn B flat it opens up many more songs that you can play.

I’d like to tell you a little about this chord before we get into playing it.

The chord consists of three notes: the B-flat note which is the root of the chord, the D note and the F note. Even though you can play this chord in many different ways it will always contain only these three notes. When you play different forms the chord you are just playing these notes in different places on the guitar fretboard and with different combinations of doubling some of the notes. When I first understood this it kinda took away some of the mystery.

The version we are going to learn today is the most practical version of the B-flat chord. Of course I’m hoping you’ll go on to learn many more form as you progress, but I’m betting you’ll always use this version more than any other.

How To Play The B-Flat Chord

I teach students in the beginning to see the chord in comparison to the A major chord which they already know. Try this out.

Make the a chord with your second, third and fourth fingers. Place them side by side on the second fret of the guitar… on the fourth, third and second strings. You are now playing an A major chord if your fingers are all behind the second fret.

Take your fingers off the frets and replace them directly without making the A major chord first. Strike each string one at a time and make sure it’s sounding clearly. Adjust your fingers to improve the sound if appropriate.

Most people don’t get it perfect at first. After about a minute take your fingers off and shake your hand. Now place the fingers on the frets again and repeat striking each of the notes one at a time and make small adjustments.

Try to get your fingers as close to the frets as possible while not getting them on top of the frets. This makes it easiest to get a good clean sound.

The first finger is likely to angle slightly on the first fret. I find it easiest to get a good sound on the first string when I roll my finger a little bit to the side of my as opposed to pressing directly on the pad. This will make more sense when you watch the video for this lesson. 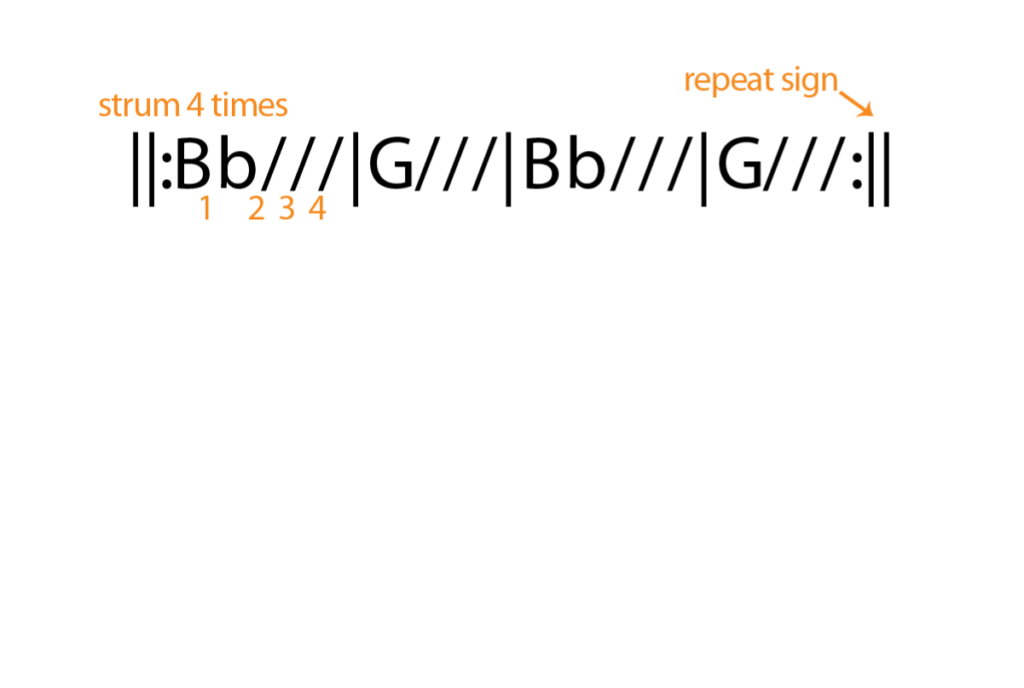