Today we’re going to learn how to play Tequila Sunrise by The Eagles. I’ll start out with the chords and break down this song into three sections: A, B and C. Some might be inclined to call these sections verse and chorus, but it is not that clear which is which. Let’s map out the chords of the song first with the three sections, then we’ll go into the intro and the strum pattern.

Tequila Sunrise is in the key of G and features mostly common open chords. The only exceptions are a B7 and a Bm. I typically play the Bm as a bar chord but if you struggle with bar chords, there’s another option. 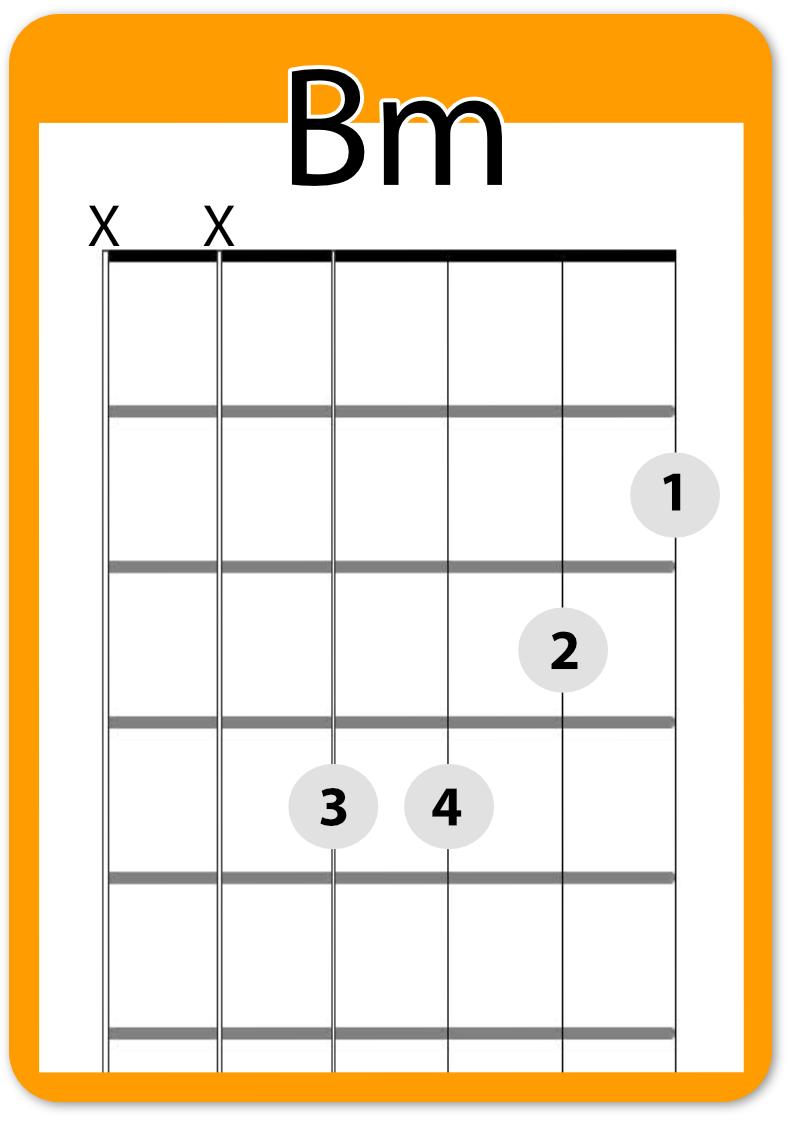 This section starts with your typical G chord for two bars. Then we move on to D for two bars, Am for one bar, D for one bar and finally two bars in G. This is the entire progression which happens twice in the A section. We’ve got G – G – D – D – Am – D – G – G. Try playing this progression along with the words.

The B section goes into a minor key. It starts with one bar of Em, one bar of C, back to Em, C, Em, Am, and D for two bars. The B section is an 8 bar phrase, just like the A section but with different chord progression. It looks like this:

It will help you to memorize this progression as well as the A section in order to make it simpler to remember and play along with the lyrics. After the B section, we go back to the A section and then move on to the C Section.

The C section is where the B7 and Bm come in. The progression for this section is Am – D – Bm – E – Am – B7 – Em – A. This is also an 8-bar phrase and features that A chord at the end which is fun and unexpected. After that it goes back to the A section, which happens only once this time.

Tequila Sunrise features a pop-rock strum, which is one of the most commonly used for many songs. It is D – DU – UDU. This strum is four beats (one bar) long and you can count it as one, two, and skip and four and. So you skip hitting the strings on the downbeat of beat three.

If you’ve got this strum pattern down, then I’ve got a little extra challenge for you. We’re going to add two more strums that start out on the second half of the first beat. We’re going to repeat that for the second beat, and leave beats three and four just like in the original pop-rock strum. Try to minimize your right-hand movements, especially for the additional strums. You can stay closer to the bottom four strings to have some economy of movement. Try to relax

The intro is also an 8-bar phrase and features four bars of G, one of Am, one of D, and two of  G. We’re doing that same Tequila Sunrise strum pattern with the addition of some hammer-ons on the G, to make it a G6.

I’m taking my second finger from the fifth string and hammer-on on the fourth string second fret.  Try practicing the hammer-on separately before attempting the complete strum pattern for the intro. If it is challenging, remember to keep at it. Practice pays off!

Once you can play all three sections as well as the intro, try to put it all together. I’ve created a play-along track to help you out with practicing Tequila Sunrise.

Keep in mind that breaking things down into smaller segments can really help with making it all manageable to learn them.

If you need help with hammer-ons, check out the lesson Hammer Pull Exerciser in the course Supersonic Guitar Warmup Exercises in Real Guitar Success.