Creedence Clearwater Revival plays Moon Rising on the key of D. However, this key might be too high for your voice. We’ll talk about playing the song in a different key later. For now, let’s focus on playing it just like in the recording.

The chords featured in this key are D, A and G. I’m playing the A chord with just two fingers (leaving the second string open) and the four finger G chord. It would also work with the basic A and G, but the fingerings I mentioned will help you change chords a bit faster.

Bad Moon Rising uses a basic strum that changes later. The basic strum is down- down, up down, up, down, up. Basically, each of the four downstrokes falls on a beat, while the three upstrokes fall on the “and” of beats 2, 3 and 4. If the sound you’re getting is a bit rough, try angling your pick differently and see if that helps. Try not to hit the strings too hard when you strum.

The verse features the same chord pattern over and over. It makes for a nice exercise to practice your changes from D, to A, to G. Let’s start with a full strum on D. Then we do half a strum for A and half a strum for G, because those chords last only two beats instead of four. Then do two full strums on D and repeat the same pattern from the beginning.

Now we can add some subtleties to spice up the strumming pattern of the verse. We first play the D just like we talked about above. Then let’s do 2 downstrokes on A and two more on G, then back to a full strum on D.

Just to clarify, Bad Moon Rising is a four bar song. The first bar (the first four beats) is a D chord, the second bar is half A and half G (two beats each) and the cycle finishes with two full bars of D.

The following is an exercise that I really encourage you to practice. You’re 90 percent of the way to the entire song by just mastering this exercise. Start with one full strum or measure on D, then two downstrokes on A and two on G, then start over. That is the entire exercise. Try it a few times and make sure you practice it until you have it. Start slow and increase the speed as you get better. Make sure you can play every change quickly and smoothly before increasing the speed.

Once you have this pattern down, try playing it and singing along with the verse lyrics. Again, feel free to play it slower to really master it before speeding up to the song’s actual tempo. 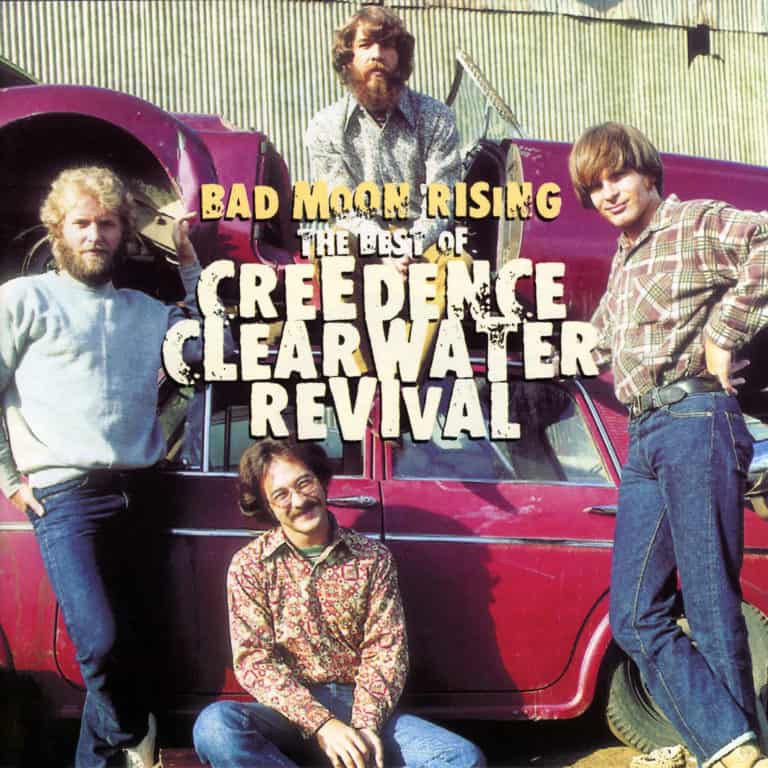 When you do the two down strums, it sounds better if you hit the low strings then the high strings. You can try that to add a little variety, instead of always hitting all the strings. Feel free to mix and match and see what feels good to you.

Another thing you can try is to angle the pick just a bit to hit the bass notes nicely, and then angle it to hit the high strings on the way back. For that, you need to know exactly where the bass note for each chord is. For the D chord, the bass note is on the fourth string, for A it’s the fifth string and for G it’s the sixth string. You don’t necessarily have to hit just the bass note, just have a clear idea of where to aim your pick.

The original key of D is too high for my voice. Perhaps it will be too high for your voice as well. If that’s the case, we can change the key by using a capo. I’m going to place the capo on the third fret, to raise it three half steps, or one step and a half. And even though I’m using the same fingerings as the original chords, we’ve actually moved the key to F to make it more comfortable.

It is important to say that the higher you place the capo, the more the guitar loses its natural sound and starts sounding more like a higher instrument, for instance a mandolin. What I would actually do is forgo the capo and change the chords to transpose. However, that is beyond the scope of this lesson. If you are interested in learning about how to transpose a song, check out this lesson.

If you’d like help with changing keys and using a capo, check out this course included in the RGS membership. Not a member yet? No problem. Start your 14-day trial, then click the links above. I’m hoping you stick around… but if not the 14 days should be enough time to make considerable progress.